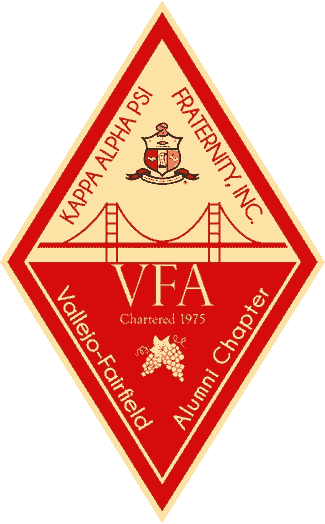 The dream of formulating a chapter of our fraternity in the Vallejo area was envisioned by three brothers from Vallejo who attended Langston University and who were initiated in Alpha Pi Chapter during the early part of the 1970’s. They were Michael Wilson, Stanley Lewis and Benjamin Wills III. The resource of this dream wasn’t realized until the potential charter members proudly stood up and identified themselves as Kappa Men to the sound of our Kappa Hymn being played by the Alpha Kappa Alpha Sorority who were acknowledging our presence at their Chartering Day Banquet in March 1974. The leadership needed was experienced in the form of Brother Edward Shelton, Jr. Brother Shelton’s experience in the formation of Delta Phi Chapter of Kappa Alpha Psi at Indiana Institute of Technology, Fort Wayne, Indiana in December 1958 provided us with an outstanding administrative resource. The incorporation and coordination of this dream, membership and leadership resulted in the formation of the Vallejo-Fairfield Alumni Chapter of Kappa Alpha Psi Fraternity, Incorporated.

The chartered members and officers were as follows:

The basic objective of the Vallejo-Fairfield Alumni Chapter of Kappa Alpha Psi Fraternity was foremost to maintain the standards and goals provided to us by the Grand Chapter and the Western Province.  Locally, we hoped to execute these standards and goals through achievement in community projects, fostering undergraduate programs and participation in social activities.

Copyright © 2018 Kappa Alpha Psi Fraternity - All Rights Reserved. This website is the sole property and responsibility of VFAlumni Chapter.